“Prehistoric man looked into water and saw his own image. Only when he kneeled by it to drink from it did his existence come into being.”

“Away From Clarity” (2013) is Çınar Eslek’s fifth exhibition (2008- “I Am Unaware”, 2009- “Parallel Lands”, 2010- “Therefore” ve 2011-“Also”). In the past years, Eslek has taken the body and space as the main themes in her works. Without necessarily using a direct illustrative representation, she suggests the presence of these two concepts. Since her 2010 exhibition “Therefore”, Eslek has grounded this discourse on body-and-space through the concept of “non-places”. Consequently, “Away From Clarity” is a link in the chain commenced by “Therefore”. “Non-places”, for instance airports, are places that cannot be defined historically or through an identity. Hence, they are places of instantaneous encounters and transience. To investigate this idea, in “Away From Clarity”, Eslek makes use of milk as a material-concept. This attribution to milk, similar to Bill Viola’s reference to water, invokes the vital, the life-sustaining, and the foundational. The fluidity of milk embodies these qualities, as well as supporting the definition of “non-places”. Eslek strips milk of its function and provides glimpses into what its image consists of. Withholding any indication regarding identity or sex, the figures are only partially devised in the murky fluid as images; wherefore we are called to question the meanings we tend to impose on imagery.


The meaning laden on the image brings to mind the notion of “différance” coined by Derrida. According to Derrida, there is no direct relationship between the signifier and the signified. Meaning cannot be completed, hence the meaning of a signifier is related to all other signifiers. The realisation of the determinate meaning is constantly in a state of “becoming”. Meaning forms malleable and fluid connections. Lacan emphasises the same point by remarking that the signifier does not refer to any particular signified. “If the meaning of a signifier was ever fixed, the relationship between the signifier and the signified would create a constant single meaning” says Lacan, and claims that there is a continuous lapse and fluxation in the chain of signifiers; signifiers called into being in relation to other signifiers; this process not being static, but rather being fluid. In such a process, meaning is inevitably ambiguous.


Çınar Eslek’s late pieces that comprise “Away From Clarity” should be considered in this conceptual framework: of fluidity and différance. Eslek draws upon the fluid material/concept of milk, and by avoiding any trace of space, body or milk itself, she is trailing her own representation. Whilst doing so, just as she has done in previous exhibitions, she meditates on space-time, creating chronotropic narratives. To give “fluidity” and “becomingness” a form, Eslek makes use of the fluidity of milk, and time to time brings the obfuscated figures into being. Without doubt, “fluidity” and “becomingness” also bears the problem of “time” as well. “Time”, which has a particular subjectivity, is also a term that allows multiple readings. On one hand time is the point of departure for new beginnings; on the other hand it merges with space as it is the place for culmination. Concordantly, “Away From Clarity” relates to Eslek’s works since “Therefore”. The concepts of “change”, “becomingness”, “transience”, “fluidity” merge with the design of time-space, and create “non-places”.

Away From Clarity / Kesinlikten Uzak 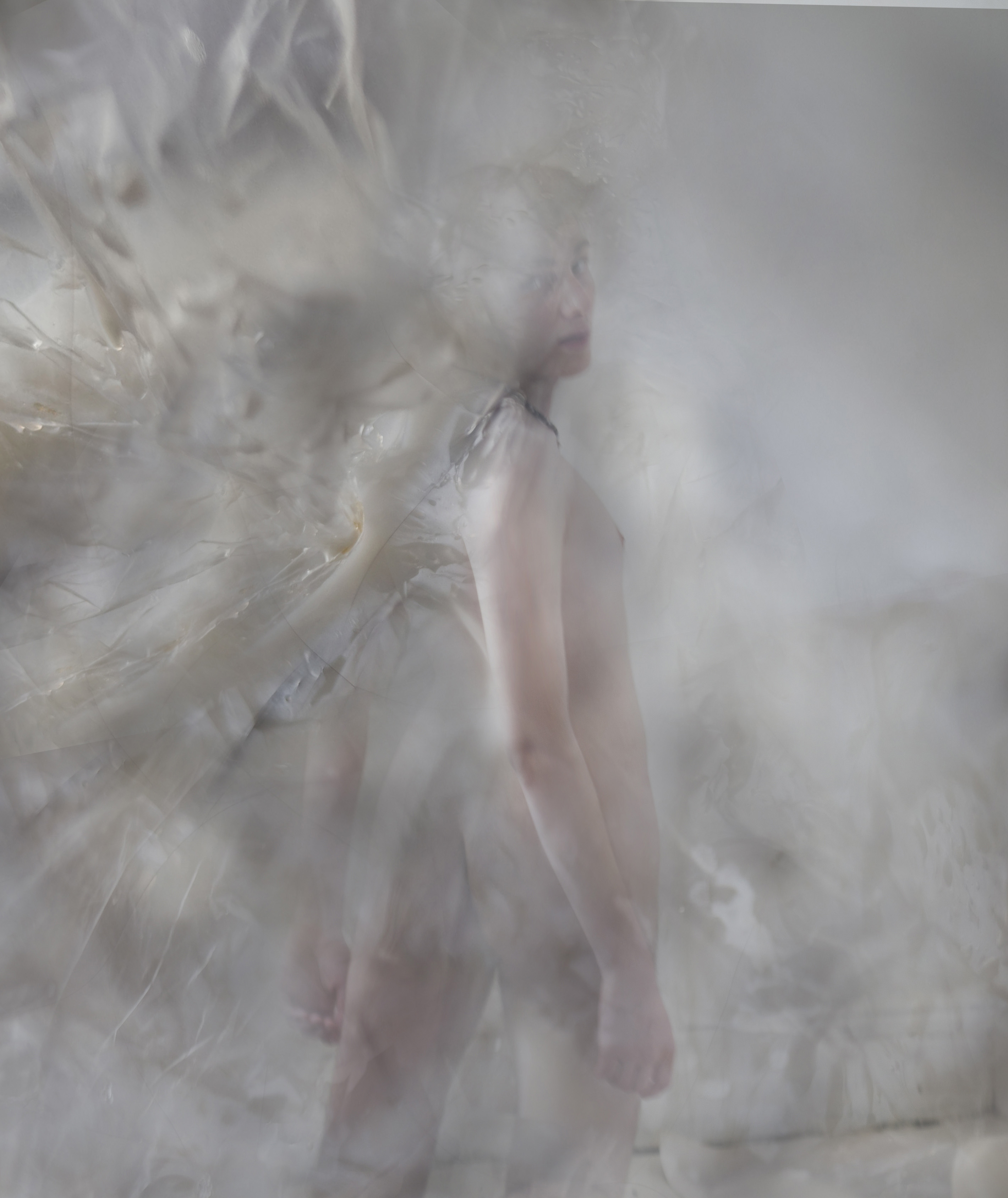 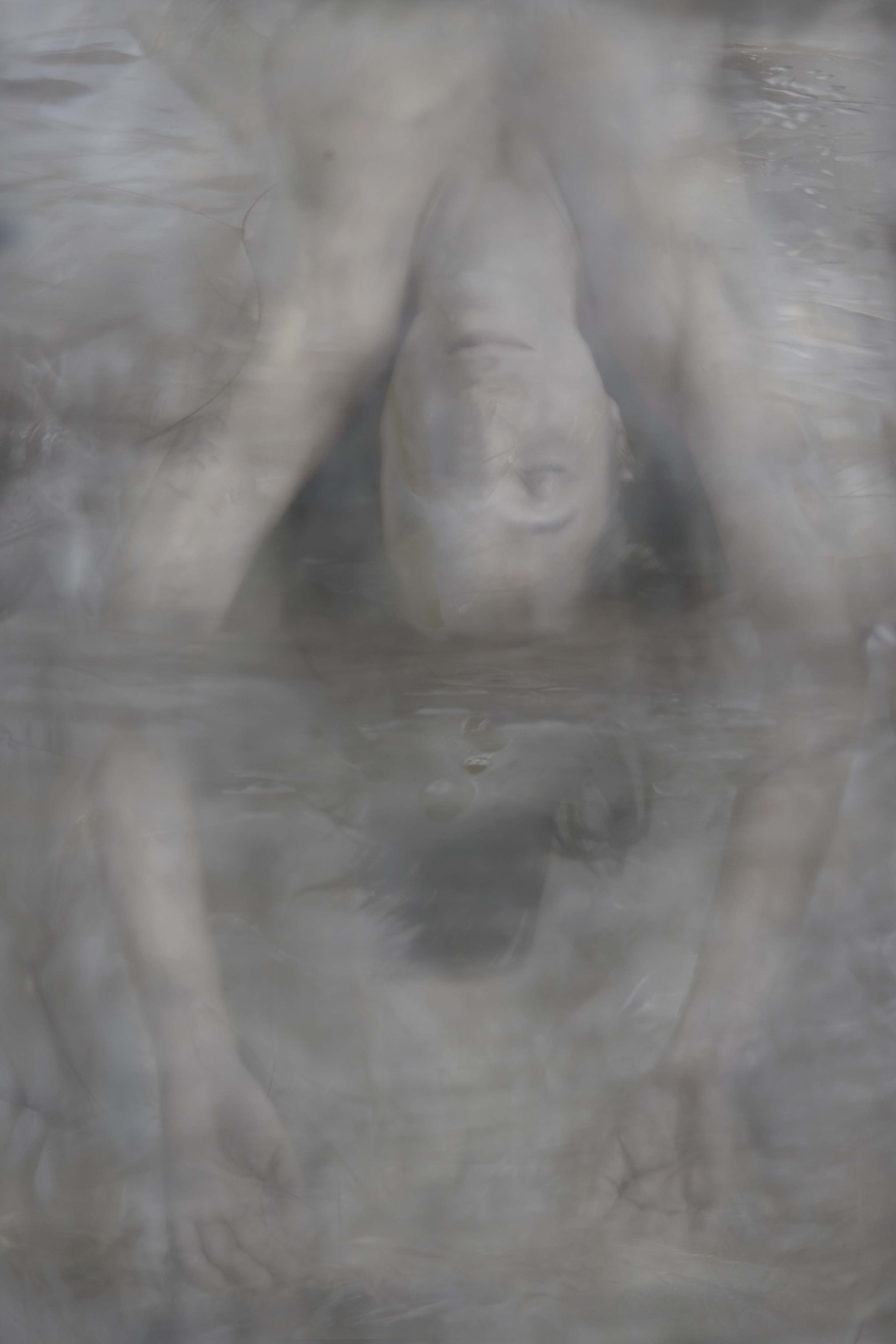 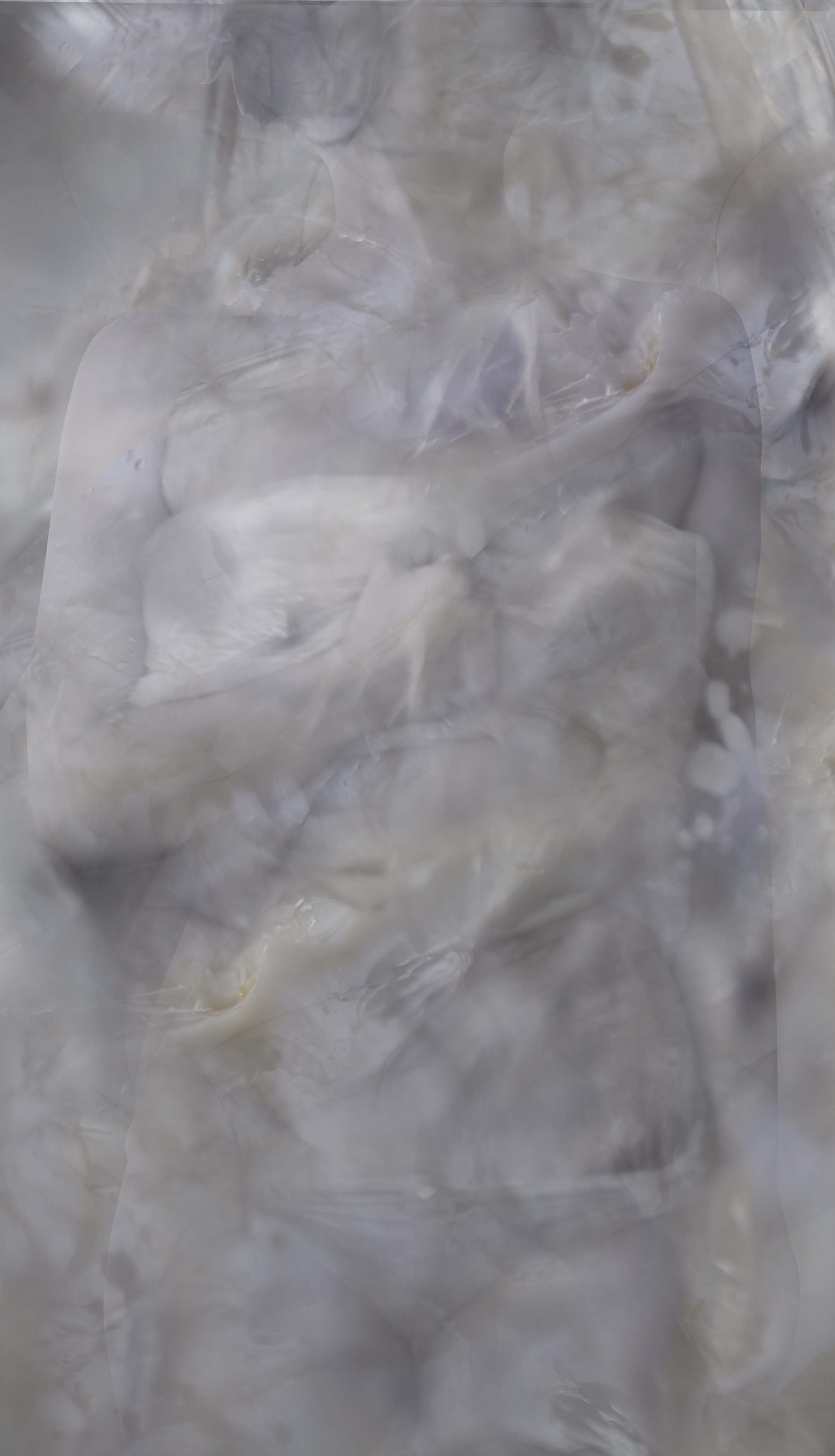 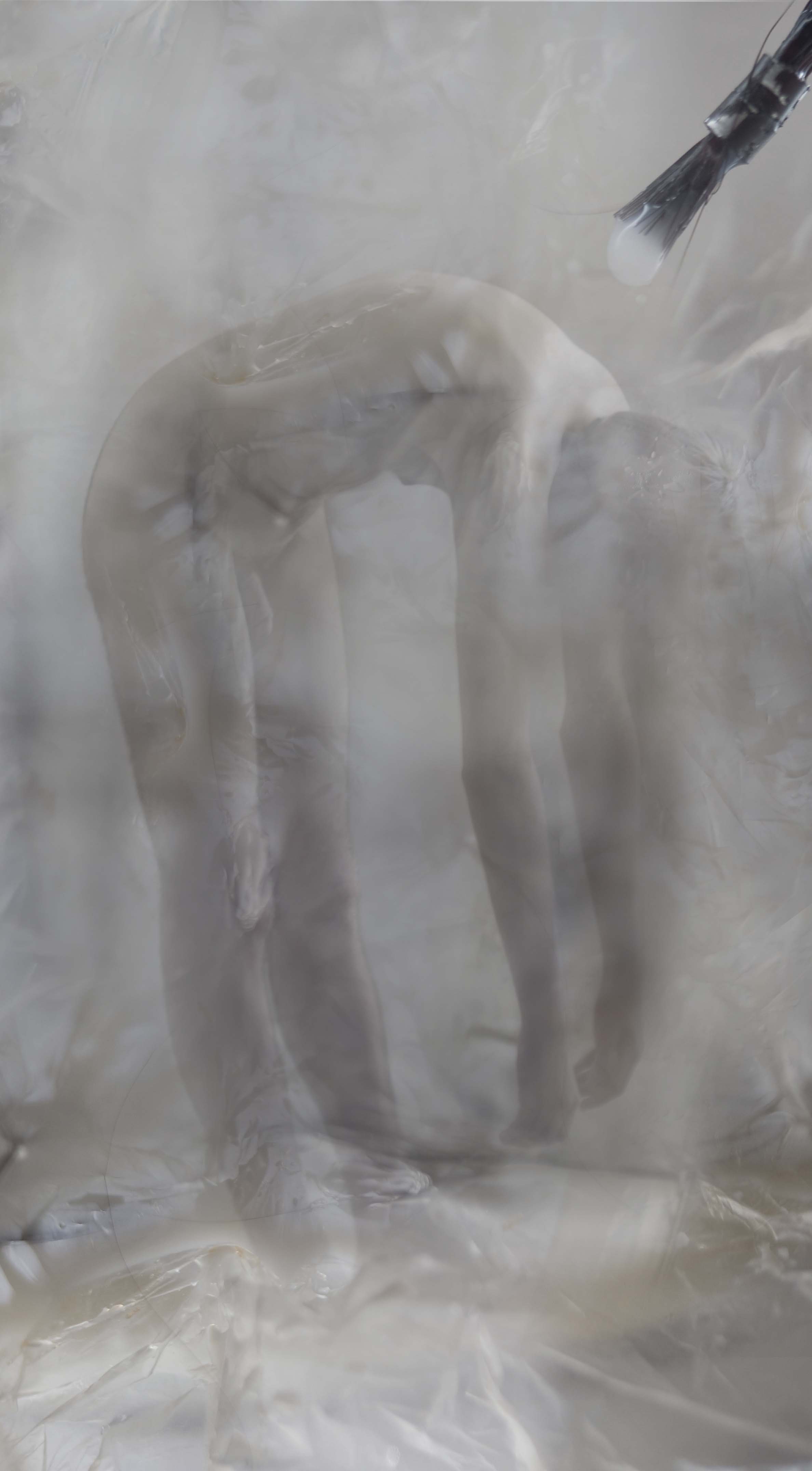 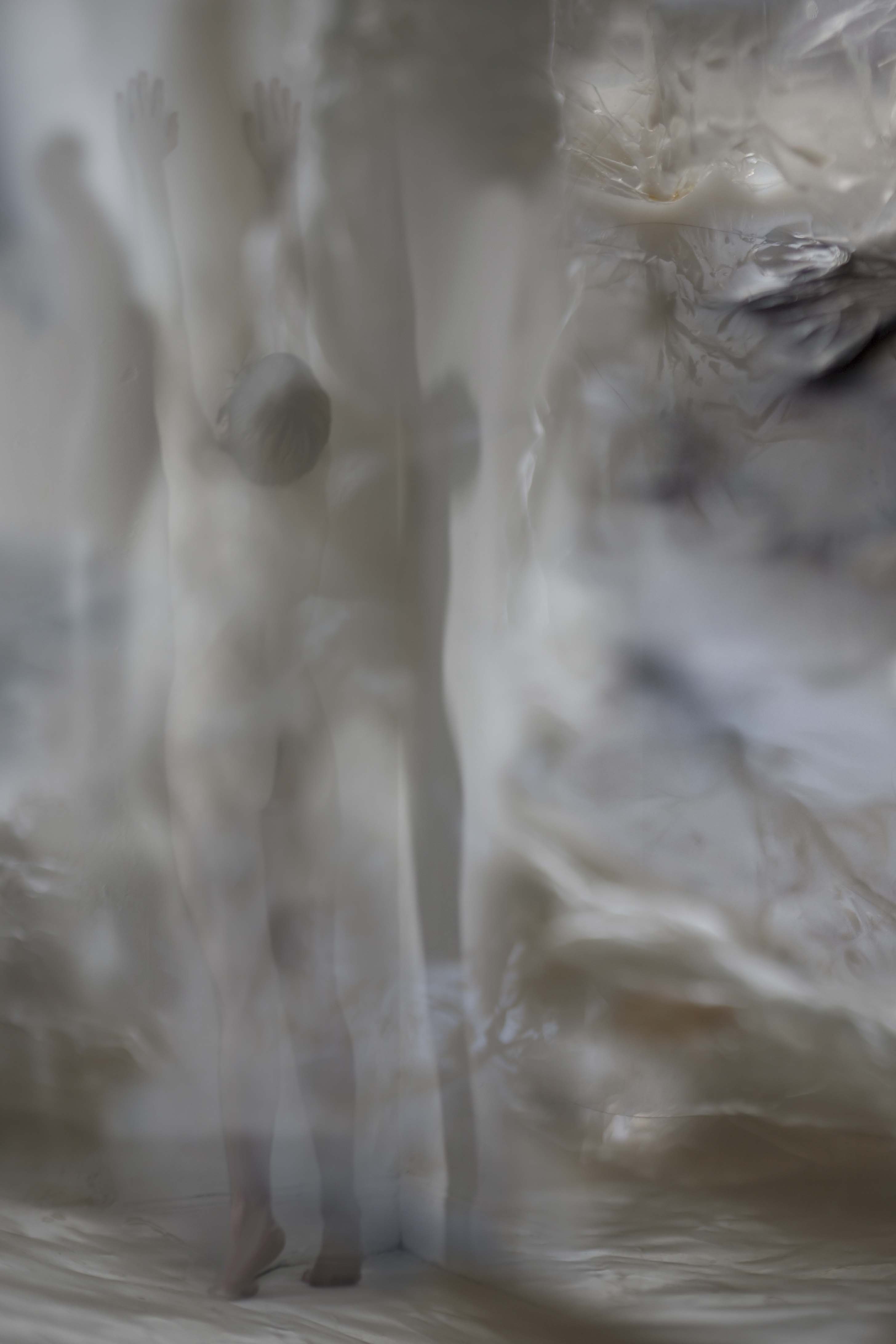 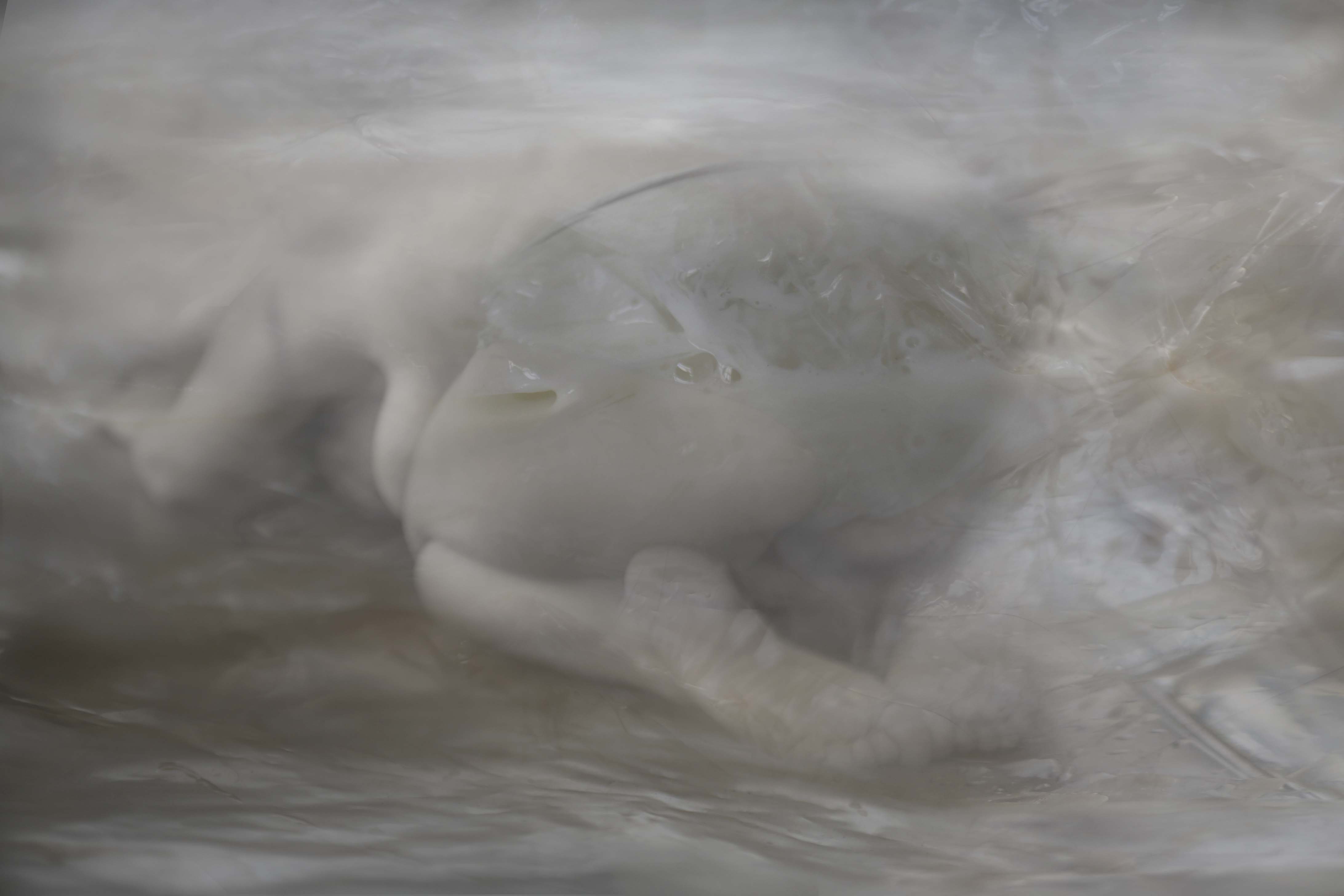 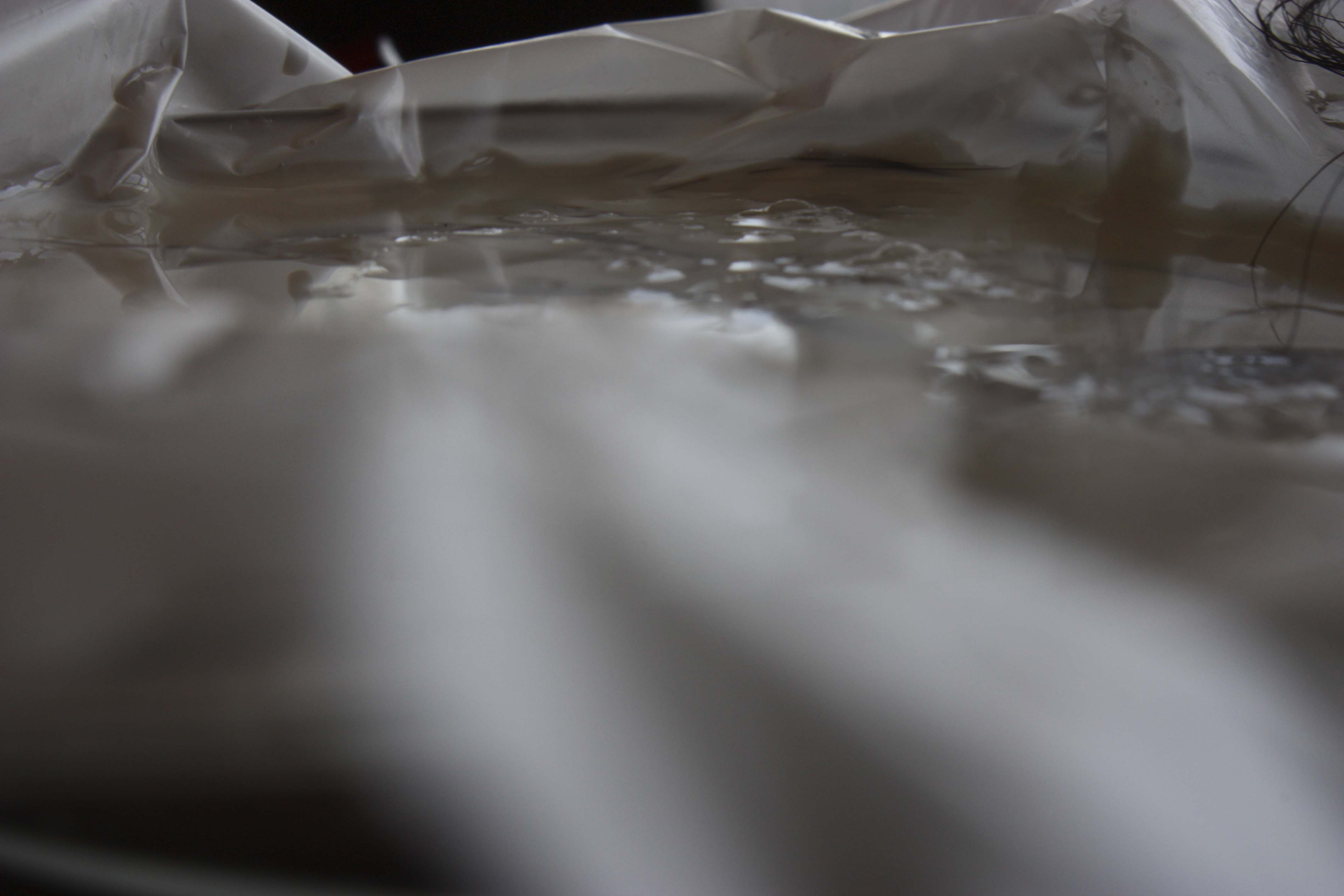